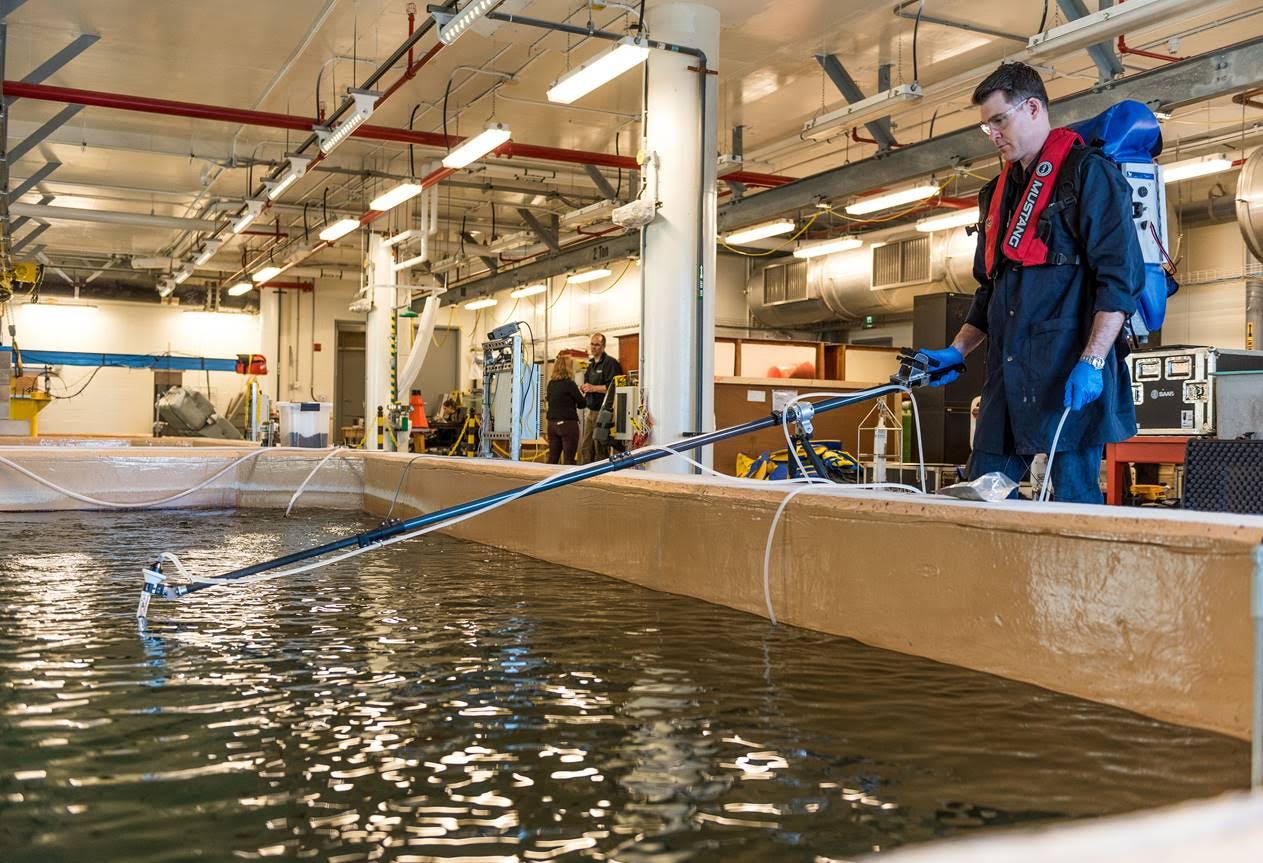 That’s what the Innovative Solutions for De-risking Species Detections in Tidal Energy Environmental Effects Monitoring Programs project found in recent experiments conducted at Dalhousie University’s Aquatron facility. “The goal of this project was to look at eDNA for species detection for species at risk in the Bay of Fundy in areas where tidal development is being planned,” said Dr. Marc Skinner, Stantec, Marine Ecology Technical Leader (Canada). “The eDNA project came together to answer questions around getting better information about species at risk relative to tidal power developments in the Bay of Fundy.”

In the turbid and tumultuous Bay of Fundy, traditional sonar and fisheries methods aren’t always able to capture the diversity and richness of species or to detect species at risk. This project provided the opportunity to test the effectiveness of eDNA-based approaches for possible future use in environmental effects monitoring for in-stream tidal energy developments. Skinner says the research work was done in three phases, “First, we designed the tools used to detect the fish and then trialed them in a controlled setting to make sure they worked. Second, we looked at how certain we could be that fish we detected were there recently, as opposed to last month or last year. Third, we worked to determine if you get more eDNA signal when there are more fish.”

Each of the three phases was successful, with investigators determining it is possible to use eDNA technology to detect fish and finding that eDNA signal lasts in the water column for around 24 hours, meaning any fish detected is from today or yesterday – not from last month or last year. They also found that the amount of eDNA detected in the water increases with the amount of fish, meaning it’s possible to detect the approximate quantity of fish present in an area.

Skinner says the future is promising for eDNA technology. “The potential for eDNA and genomics in the ocean space is unlimited. For species detection and quantifications like we’re now using for species at risk, to biodiversity assessments, tracking pathogens, invasive species, ocean exploration for prospecting oil and gas seeps, asset integrity, infrastructure development – the ideas are just limitless.”