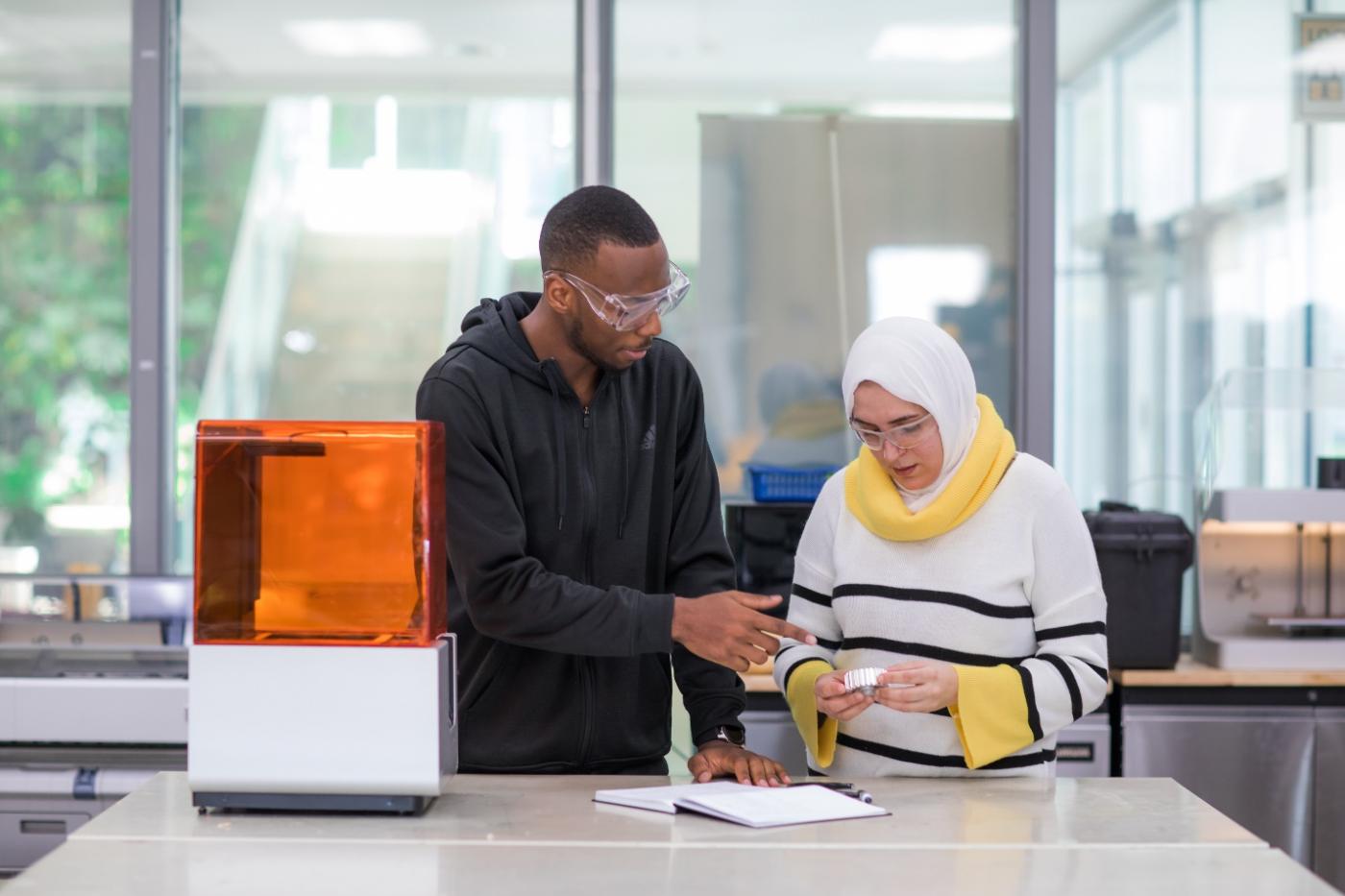 Growing up, Cameroon native Jordan Kamga longed to know more about the inner workings of the stuff he encountered in his daily life. It’s a desire that helped set him on the path he’s on today.

Kamga is completing his fourth work term as a research associate in Dr. Etienne Mfoumou’s Applied Research Engineered Technologies Lab, where he has focused on the Developing Enhanced Marine Operations (DEMO) in High Flow Tidal Environments research project. “I’ve been involved in the DEMO project since the beginning, from drafting the proposal to where we are now,” he says.

While he still has an interest in how things work, he now has a broader perspective. “I’ve learned more than I expected. Not just about why something is working the way it is, but that you can make it work more efficiently,” says Kamga, who adds that his main goal has shifted during the time he’s been working in Dr. Mfoumou’s lab. “If we can find a way to make renewable energy more available, it’s good for everyone,” he says.