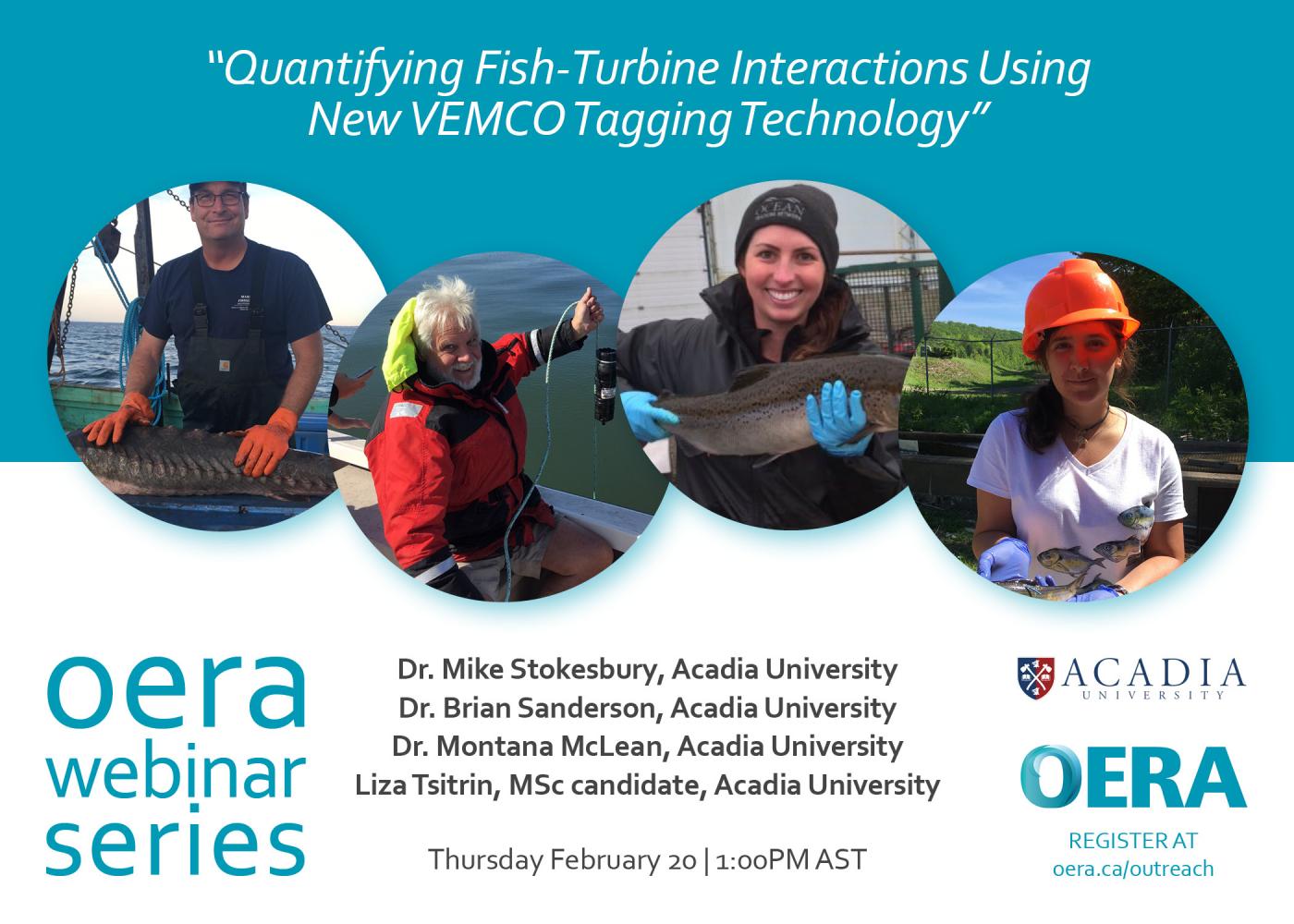 The lack of credible scientific data on the potential effects of instream tidal power is delaying the decision-making process on a technology that shows promise for reducing carbon emissions, and for which Canada could become a global leader in the production of infrastructure. It remains unclear if fishes that occupy Canada’s leading tidal energy test site will be negatively affected by turbine installations. Detection of effects on individuals are critical for listed endangered species (i.e. iBOF Atlantic Salmon, Great White Shark) where the loss of one individual may have a negative impact on the population. Other fishes will need impacts evaluated at the population level. For these species, it is critical to have an estimate of population abundance, so individual losses can be put into context to predict the fate of the population. Of approximately 70 species of fishes that interact with Minas Passage, only three have abundance estimates (Gaspereau River Alewife; Shubenacadie River Striped Bass; Saint John River Atlantic Sturgeon). We will use new, innovative Nova Scotian produced High Residency fish tracking technology from VEMCO to determine spatial and temporal overlap, and interactions of Alewife, Atlantic Salmon, Striped Bass and Atlantic Sturgeon, with operating turbines. This will provide information central to determining effects at the individual level for endangered species. Moreover, it provides effects information that can be used, with calculated abundance estimates, to identify rates of mortality and predict effects at the population level.

How will COVID-19 change our energy future: A perspective on GHG emissions and climate change

Growing up, Cameroon native Jordan Kamga longed to know more about the inner workings of the stuff he encountered in his daily life. It’s a desire that helped set him on the path he’s on today.