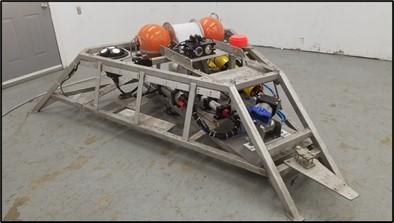 The following article was submitted and posted in Tethys Stories on March 4, 2021.

A major project risk in Canada for in-stream tidal energy project developers is the obligation to meet regulatory requirements related to Environmental Effects Monitoring (EEM). The federal regulator (Fisheries and Oceans Canada; DFO) requires each project proponent to demonstrate that their project will cause minimal harm to biological components of the marine ecosystem.

Specifically, the regulatory review process for in-stream tidal energy projects considers the fisheries protection provisions of the Fisheries Act (do not cause serious harm to fish), and the prohibitions and permitting provisions of the Species at Risk Act (do not kill, harm, or harass an individual of any listed endangered or threatened species). To ensure that projects adhere to the Fisheries Act and the Species at Risk Act, DFO requires that EEM programs use demonstrated, validated, and reliable methodologies and equipment to collect data and report results.

The Pathway Program has the following goals:

This phase reviewed the operating environments and assessed the technical limitations of a variety of sensors from different instrument classes (Imaging Sonars, Echosounders, and Passive Acoustic Monitoring (PAM) Devices) to determine their applicability in the turbid, high-energy environment of the Bay of Fundy, Nova Scotia. This work was led by globally recognized experts and included consultations with other leading researchers, manufacturers, and equipment vendors for these sensors. Workshops included international participation and helped facilitate knowledge exchange and shape the direction of the Pathway Program. Some of this work was incorporated into Chapter 10 of the 2020 State of the Science Report. Full reports can be found here.

Environmental monitoring sensors used for marine renewable energy devices collect enormous amounts of data, often in the form of specialized file types not commonly used by the broader scientific community. This data must be screened for quality to remove outliers and false positive signals, then processed into useable datasets. Currently, this data processing step requires substantial time and effort before the results are available for statistical analyses and visualization. This adds to compliance costs and prevents reporting results in a timeframe acceptable to regulators. To build and sustain regulatory confidence, it is critical that fish and marine mammal interactions with tidal energy turbines are reported in a timely manner.

In terms of current work progress, in a partnership with DeepSense (Dalhousie University), using machine learning methods, a new software (Echofilter) was developed to automate post-processing of environmental monitoring data from echosounders. Through another partnership with Oregon State University, a new harbour porpoise click detector and classifier algorithm (FindPorpoises) was created. Finally, an echosounder data analysis and reporting pipeline using the R statistical framework is under development and will lead to the automation of standardized tables and figures for quarterly reports for Canadian regulators based on metrics such as i) frequency of target detections, ii) abundance of targets detected, and iii) vertical distribution of targets in the water column. These metrics will be assessed alongside environmental explanatory variables such as tidal phase, diel state, and their interactive effects to understand how these factors influence where and when fish are detected.

The suite of sensors identified through Work Stream 1 is being critically assessed and validated in the environment where this equipment will ultimately be used: the Bay of Fundy.

In terms of PAM technologies, two projects have been performed:

For echosounders, three projects were conducted with the objective of investigating target detections involving equipment such as optical cameras, imaging sonars, and echosounders deployed at the surface (downward facing) and on the sea floor (upward facing).

DFO is contributing to the Pathway Program by providing feedback on study methodologies prior to implementation. Collaboration resulting from this program has helped establish collegial relationships between researchers, developers, and the regulator.

In terms of sensor integration for the technology classes tested in Work Stream 3, the Pathway Program, in partnership with DP Energy, is developing a cabled subsea platform, which will test the integrated monitoring platform at the FORCE demonstration site during the spring of 2021. The integrated monitoring platform is built on one of FORCE’s Fundy Advanced Sensor Technology (FAST) subsea frames, and will include an integration module for synchronising data collected from hydrophones, an echosounder, an imaging sonar, and other support instruments (ADCP, optical camera, etc.). To date, preparation work and reports have been delivered, and a comprehensive Harbour Acceptance Test (commission testing performed prior to deployment at the FORCE tidal demonstration site in Minas Passage) was successfully concluded in Halifax Harbour, Nova Scotia.